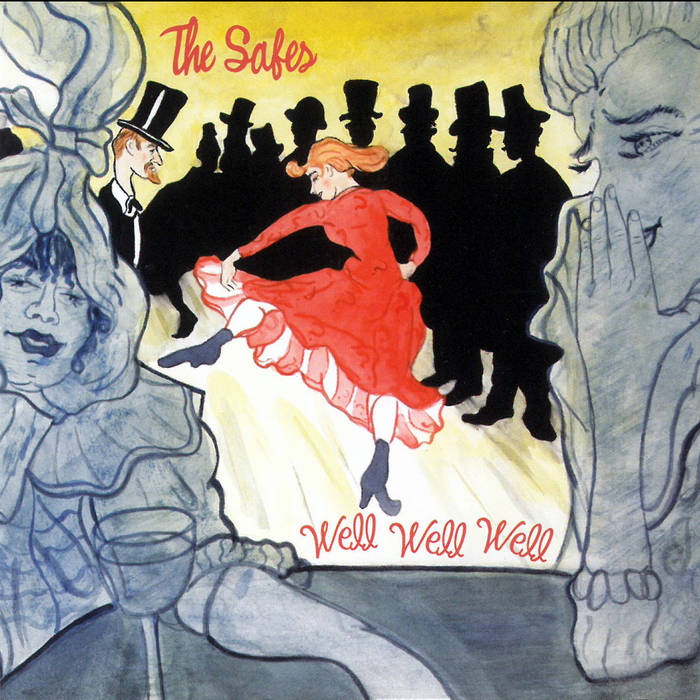 Watch the music video for "Deception" by Nika Thiel
www.youtube.com/watch?v=M-yqSRW67BE

Brothers Frankie, Michael and Patrick O'Malley are The Safes. Growing up, these sons of Irish immigrants were surrounded by music. Having played in groups together and apart since they were kids, The Safes have that unique chemistry that comes when talented siblings form a band (think Kinks, CCR, AC/DC). This chemistry fuels The Safes’ records as well as their characteristically kinetic live shows.

Since forming in 2003 The Safes have released their debut LP "Family Jewels" and follow-up EP "Boogie Woogie Rumble" to great success. Touring coast-to-coast The Safes have established loyal fanbases across the country on the strength of their live show a sweaty explosion of energy and melody. The quality of their first two releases has also brought The Safes national recognition. "Boogie Woogie Rumble" and "Family Jewels" have received favorable press in such notable publications as Rolling Stone, Chicago Tribune, Washington Post, Kansas City Star, and numerous weeklies, fanzines, and e-zines. Those releases have also led to extended stays on CMJ’s Top 200, extensive airplay and live performances on radio stations such as WFMU, WLUW, KHDX, WMBR, and along with commercial powerhouses KROQ, WFNX, WXRT, Q101 and WLUP.

So what do we have here? I'll tell you what we have here: it's The Safes brand new LP "Well, Well, Well" and it's dynamite! A fresh blast of pop rock’n’roll magic at it best, this album hits the spot again and again. Produced by Patrick O'Malley "Well, Well, Well" explodes with a supersonic crunch and stellar, sharp songwriting. The Safes give you 10 hit singles that make one killer record packed with stunning lyrics, electric energy, and hooks that hurt. One listen and you'll agree this album stands out in a crowd and shines bright and proud.

Guests John Beltran and Kim Myhr walk us through their magical musical adventures.